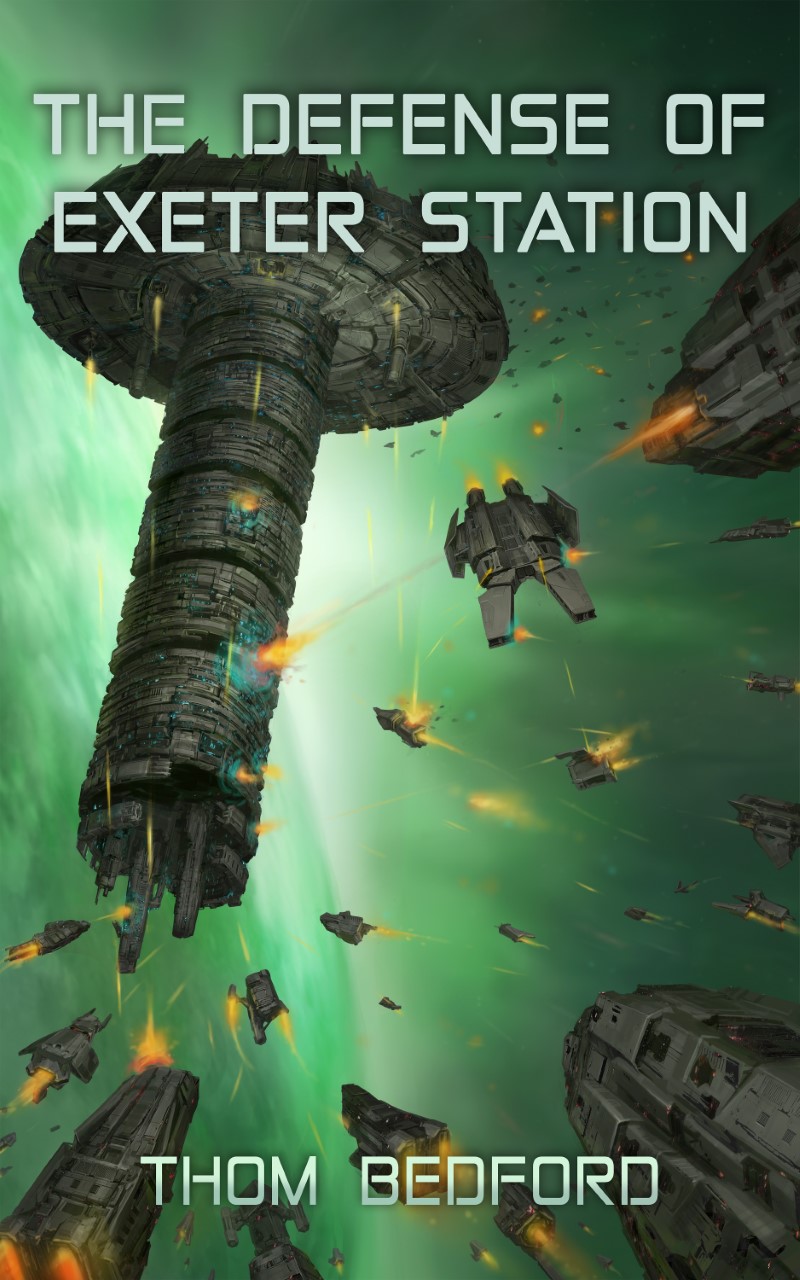 Thank you to Shalini at Digital Reads Blog Tours and Thom Bedford, for having me celebrate the release of “The Defense of Exeter Station” with them! 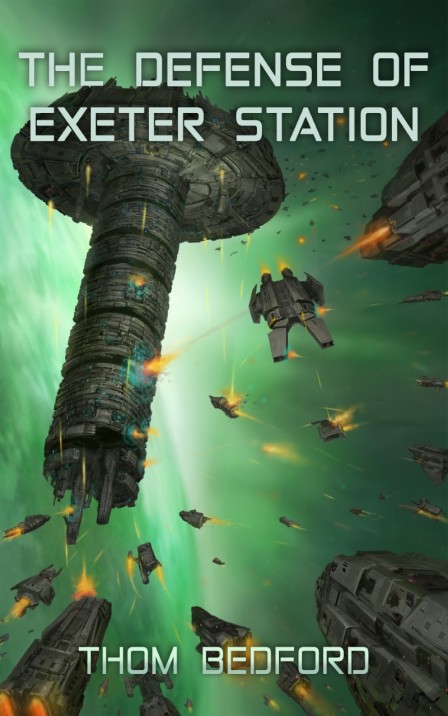 At the turn of the twenty-ninth century, the Milky Way is on the verge of a galactic war. The Combined Systems Alliance continues to expand their territory—much to the displeasure of the Free Planetary Union who, until now, lacked the resources to halt the encroachment. In a bid to wrest control from the Alliance and retake their former colonies, Union agents throughout the Alliance Fleet organize a mass insurgency seizing countless assets. During the ensuing chaos, numerous ships are decimated and millions of lives are lost.

Retired Alliance Commander Tanic Sandorn finds himself stranded on a border station after the Union launches an all-out assault. Fighting against anxieties from the incident that pushed him into early retirement, Sandorn accepts being recalled to active duty and propelled to the front lines. This time, he will protect his crew and the inhabitants of the Exeter star system from any approaching threat—never again will he leave anyone behind. But outnumbered, outgunned, and outflanked, Exeter Station is left running at a fraction of its operating capacity. Sandorn and the Alliance officers on board must strategize quickly and carefully to hold their ground, or they will be forced to surrender the station, the system, and their lives. For fans of epic space operas, like Jack Campbell’s Lost Fleet series, Jasper T. Scott’s Dead Space series, and David Weber’s Honor Harrington series.

Pick Up Your Copy Now! 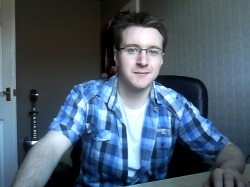 Thom grew up in suburban Cheshire, England with his parents and brother. During school he had a propensity for creativity, either writing, building models, painting, or programming. Every subject choice was motivated by creating and building, whether it be design technology, graphic design, programming, or creative writing. After studying Computer Science at The University of Manchester, he started working as a Software Developer. Following in his father’s footsteps, he worked as a Technical Consultant in London for several years, then in Data Warehousing back in Manchester. In his spare time, Thom still writes, build models, paints, and programs, but nowadays also listens to a lot of music, watches a lot of films, and enjoys playing computer games. His love for science fiction comes from blockbuster films like Starship Troopers, Star Wars and Star Trek, as well as B-movies like Wing Commander, Pitch Black, and Iron Sky. Computer games like Homeworld, EVE-Online, and Stellaris, and books like Jack Campbell’s Lost Fleet series, Jasper T. Scott’s Dead Space series, and David Weber’s Honor Harrington series. In other words, sci-fi—particularly space opera—in any media.

Thom currently lives in Cheshire, England, with his wife, Helen, and their two cats.

7 thoughts on “Release Blitz: The Defense of Exeter Station by Thom Bedford”