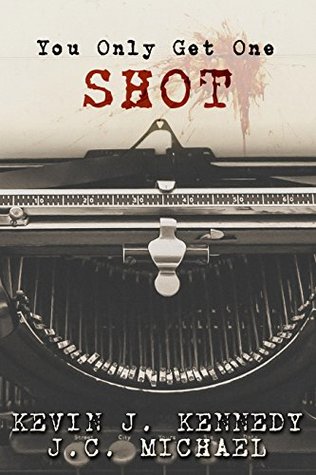 “So, do you think you wrote a winning story?”

The answer is, yes. Yes they did.

This short story had a FANTASTIC concept!! 4 Authors are contacted via email and informed that they must write and post a short horror story before 8pm, or their lives are forfeit. Out of the 4, only the writer of the best story will survive, but the others will not know where their swift punishment is coming from… or when. The characters are:

“She couldn’t remember giving any upcoming authors a hard time. She was always positive and encouraging to them- friendly even. She knew that sometimes at the end of a long convention she could be snippy, especially if she was hungry. It must have been a while back though, she though to herself.”

“Her writing was still improving with every story, because between her nerves and the tight time frame, she doubted she could have written anything from scratch.”

“Drexl ignored her as he pulled on his jeans, leaving his boxers on the floor as a souvenir… well those and the multiple diseases he had probably just given her. Drexl had known for a long time he was unwell, but he hated people and liked causing and seeing pain in others. So he passed it on as his little gift to the world, that and his writing of course.”

“Simon had found writing by total accident. When he spoke to other authors online, they all seemed to have had a passion about writing their whole lives. While Simon was an avid reader, he had never had any desire to write. It was only when a friend talked him into sending a story into an anthology alongside his own for a bit of support he had decided to give it a go. He was confident he would get an email back politely telling him he couldn’t write, but he had been the one who got accepted while his friend had received a polite decline. Simon wasn’t all-consumed with a need to write after this experience, but he did enjoy the buzz of someone saying they liked his story so he had written another.”

Written with each of the emailed Authors having their own chapter discovering their challenge  followed by their subsequent “winning” story, it was a really imaginative way to tell the story!

The one thing that I wished for, was that while the stories written by the authors were fantastic I wish that they had reflected the personalities of the author a little more. I think that would have given us a little more diversity with the type of story and a little more insight into the characters we were rooting for.

But, in saying that, note that I also said that I DID really enjoy the stories! The gratuitous and graphic nature of some of the stories and some of the subject matter may not be for everyone, but I love that Grindhouse sort of feel!  I personally think that Simon’s was my favourite.. but, I need you all to read this for yourself, come back and comment below to let me know who’s story you enjoyed the most?? Who should live and who should die? Maybe YOU should decide!

I’d like to thank one of the authors of this story for sending me a copy in exchange for my review, I can’t wait to check out more writing by Kevin J. Kennedy!

He is a Horror Author and publisher from Scotland and fell in love with horror after growing up with shows such as “the Munster’s” and “Eerie Indiana” (which, THANK YOU KEVIN FOR CHOOSING THAT SHOW!! I DIDN’T THINK ANYONE ELSE ACTUALLY KNEW ABOUT IT!) If you would like to check out more on Kevin and his work, you can find him at:

You Only Get One Shot is Best Served With

Three Fingers of Your Favourite Liqour!

So, I noticed a trend throughout the reading of this short stories that lead me to choose this as my drink of choice! See, if you can figure it out!

“She went to her dresser where she kept a special bottle of gin and poured herself another three fingers.”

“She poured herself another three fingers of gin, then thought it was probably too early in the day so sat it aside before settling back in from of her PC.”

“He sat the bottles and glass and poured three fingers of the Aberlour.”

Was it too vague? Maybe you missed it? Lol! So, I decided on a nice three fingers of Pike Creek Canadian Rye.

Choose whichever is you liquor of choice though! I won’t judge if you down it all in one as well becasue… YOU ONLY GET ONE SHOT!!  Ha ha ha!! See what I did there?? Ya. I know. Not funny. Anyways,

6 thoughts on “You Only Get One Shot…”