Thank you to Shannon at Reads & Reels Book Tours for having me on the tour today!

A cosmic event in 2015 fused Earth with the faerie realm. Scientists referred to the event as The Anomaly. A byproduct of The Anomaly was the advent of hybrid beings—people who became mixed with whatever animal or object was closest to them the moment the event occurred. Humans, or pedigrees, soon relegated fairy refugees and hybrids into ghetto zones in large cities.

One night, two vampires visit Rex and offer him a substantial reward for the recovery of a stolen scroll. Later that same evening, Charlotte Sweeney-Jarhadill, a pedigree woman from Louisiana, visits Rex and hires him to exorcize the headless ghost of a Confederate soldier from her home.

To complicate matters, the private detective ends up falling for Charlotte. Meanwhile, the vampires demand results in the search for the missing scroll. When Rex’s assistant Sally goes missing, he must stay alive long enough to find her. Charlotte and the vampires, however, have other plans for Rex.

This was definitely a unique and fun read! The world has melded with the fantasy world (and everything in it has melded with everything else!!) It was called The Anomaly and some of the world disappeared and Portals to other worlds and dimensions opened. It also caused humans to meld with other objects that they were standing near at the time of The Anomaly…. a tough change for those who were standing near such things as a stone church or a stuffed animal!

This is a fun. fantastical, almost noir style PI book complete with the mysterious Lady in Red who needs help…. but has her secrets. Throw in some killer Vampires with a missing scroll, a headless ghost and a tenacious Faerie assistant and you have a winning combination!

The one complaint I had about this book is the amount of detail describing things that don’t really matter. The vampire swats Rex’s “heater” (gun) under a dumpster and we get a long description of Rex trying to fish it out and discover that it has been destroyed…. so, there must have been a point to that, right?? He’ll run into some danger and won’t have protection?? ….NOPE! Then there are detailed descriptions of creatures and hybrids that never really come into play in the story…. but, some things that he actually run into Rex just says “I know what it is!” and moves on…. BUT I DON’T KNOW!!

I absolutely think that fans of Noir, mystery and Fantasy should give this book a shot!

Click HERE to enter the International Giveaway for the chance to win 1 of 2 Digital Copies of To Dream the Blackbane! 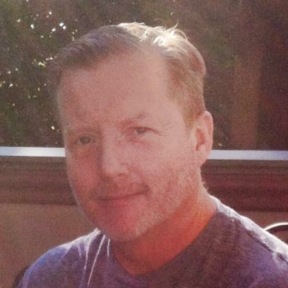 Richard J. O’Brien is a graduate of the Fairleigh Dickinson University MFA in Creative Writing Program. Richard’s novels include Under the Bronze Moon, Infestation, and The Garden of Fragile Things. His short stories have appeared in The Del Sol Review, Duende, Pulp Literature, The Dr. T.J. Eckleburg Review, Weirdbook, and other magazines. Richard lives in New Jersey, where he teaches at Rowan College at Gloucester County and Stockton University.

22 thoughts on “To Dream the Blackbane by Richard J. O’Brien”