Thank you to Kaitlyn Davis for having me on the tour today!! Check out my review of the first novel in the “To Catch a Thief” series, “Hot Pursuit”

Catch Me If You Can meets Tangled in this funny and feel-good romantic comedy, new from bestselling author Kaitlyn Davis, writing as Kay Marie.

Addison Abbot is a dreamer—she dreams of owning her own cake shop, of traveling the world, of finding Prince Charming. But when it comes to actually following any of those dreams, she’s a little, well, stuck. So when a devilishly handsome stranger saves her from two robbers with guns and pulls her into the adventure of a lifetime, she’s determined to find her fairytale ending—until she realizes he’s the most wanted criminal in America, that is.

Thaddeus Ryder was just another run-of-the-mill international art thief until his latest heist went south. Now, his face is on every news station, his name is making headlines, and his partner is working for the feds. Talk about a bad week on the job. His only option is to flee the country. But when hitmen for the Russian mafia interrupt his getaway, Thad gains an accidental companion—a baking beauty who might be too tempting to resist.

When a girl good meets a bad boy, sparks are bound to fly. But this conman is about to discover the only thing he can’t steal is her heart…

**To Catch a Thief is a romantic comedy series that’s one part humorous and one part heartfelt, with a dash of adventure, a hint of criminal activity, and a whole heap of fun! Each book is a standalone romance with a HEA.

Same amazing characters, brand new amazing adventure!! I’m having such a great time with the “To Catch a Thief” series. It’s like “White Collar” meets an adorable Rom-Com!

We get to meet and get to know better some of the characters that were in the last instalment in the series. Meet Addison Abbot…. ok, so we’ve already SORT OF met her. But, it was so fun to get to know this optimistic, bubbly character! At the beginning I honestly though she was going to annoy the crap out of me with her vintage looks and disgustingly over the top positive outlook on life (….I know. I’m a horrible human being for feeling this way.) But, she was such a refreshing switch from the strong, independent women in all the novels I’ve been reading lately! (not to say that Addy can’t hold her own when push comes to shove!) 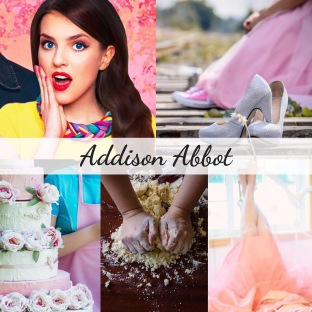 “There’d always been darkness hidden beneath all the good, a duality he’d been aware of, consciously or subconsciously, that never allowed for innocence.”

Then there is Thaddeus Ryder…. sigh. I love him. What can I say?? Is he the typical bad guy with the heart of gold? ….Maybe. Do I care? …..Not particularly. He was kind, he was funny, he was a scoundrel, rake and knave all rolled into one! Ha ha! I loved his passion for art. I could really feel that his soul was in these paintings!

“I don’t know if this is what Degas was after, but I think of it sometimes when I look at his work. That for these girls in the painting, and for the painter behind the scenes, the art itself was their only companion. Not the people around them, but their passion, the one constant, always there, always churning, making sure they weren’t so alone.”

This book really reminded me of “It Happened One Night” without the mistaken identity…. Thad is most definitely guilty!! But, the kidnapping, the nights on the run, posing as a couple… and throw in some laughs and some steamy tension… THIS ONE IS A WINNER!! I honestly can’t wait for more!!

Enter HERE for the possibility to win a $25 Amazon Gift Card!!!

Pick up your Copy Now!!

Stolen Goods is Best Served with a Champagne Bourbon Cocktail 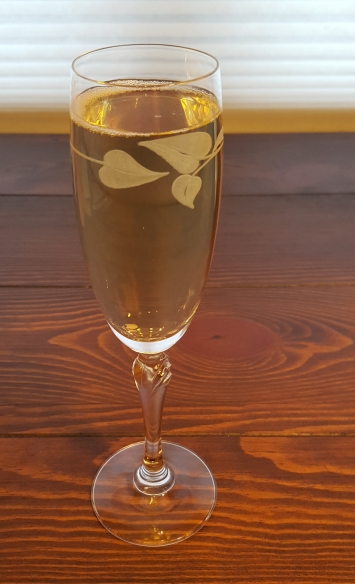 “A mix of citrus shampoo and sugar filled the small space of the car, sweet and tangy and somehow intoxicating—the iridescent fizz of freshly corked champagne mixed with a little dash of something naughty, like a hidden shot of whiskey that burned on its way down.”