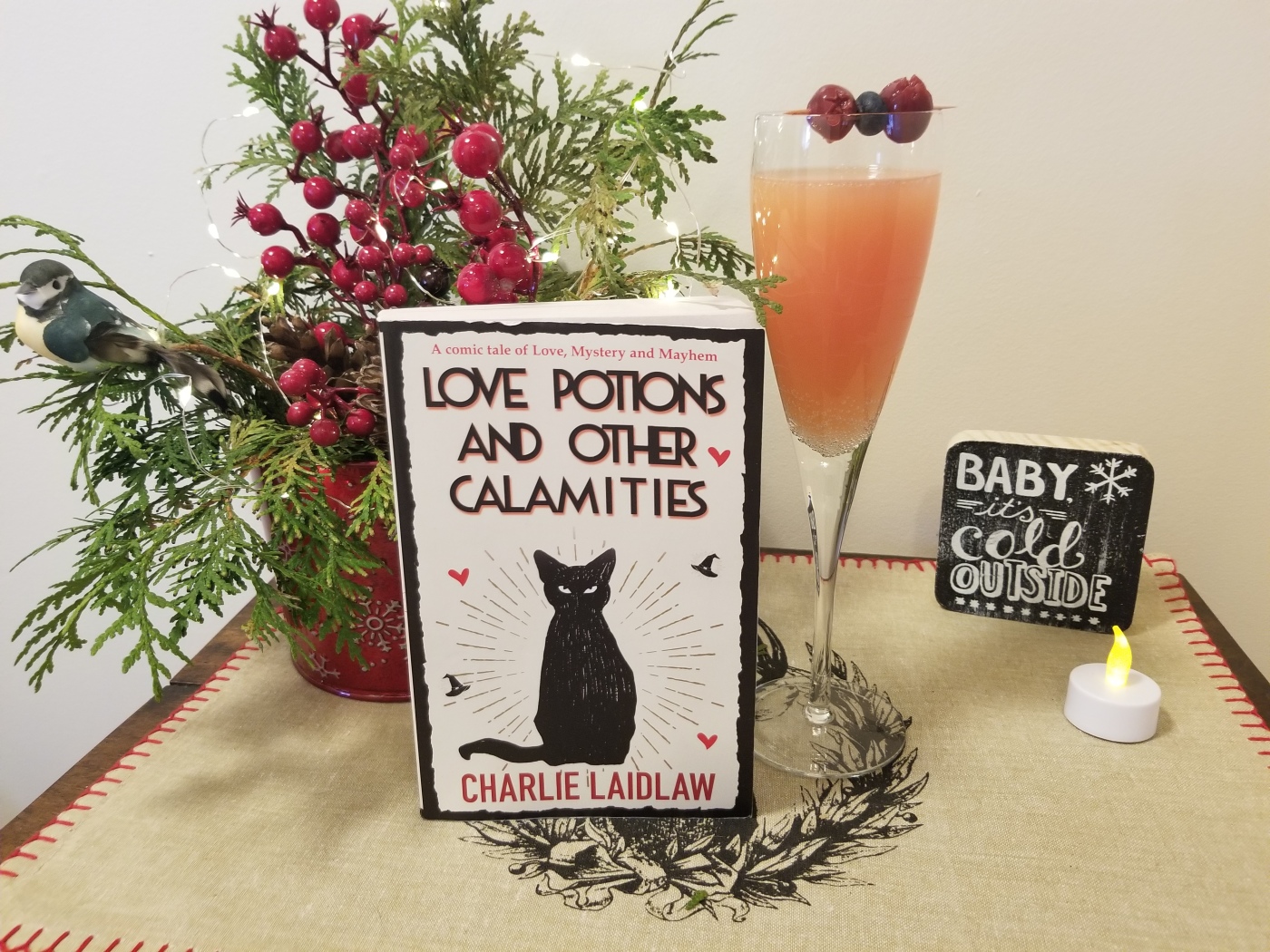 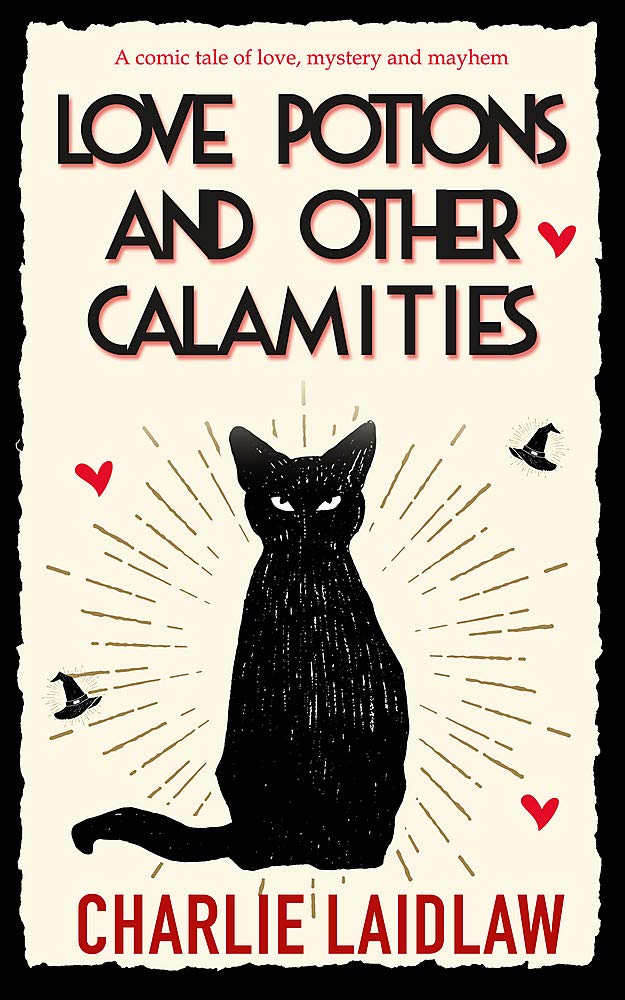 Thank you to Shannon at Reads & Reels for putting up with my absence!

Welcome to the strange world of Rosie McLeod, an amateur detective with a big difference. Her deductive powers are based solely on the careful preparation and use of plants and herbs.

Love Potions and Other Calamities is pure comedy, with a bit of drama thrown in, as Rosie sets out to discover whether her husband is having an affair and, as the story unfolds, to solve a murder – before she becomes the next victim.

Rosie McLeod, pub proprietor and a gifted herbalist of some renown, is thirty-nine and holding, but only just. The talons of her fortieth birthday are in her back and her bloody, bloody husband hasn’t laid a lustful hand on her for months.

She has the fortune, or misfortune, to live in one of Scotland’s most famous places – the East Lothian village of Holy Cross, which takes its name from the legendary Glastonbury Cross that was spirited away – and subsequently lost – when Henry VIII purged the English monasteries. The cross of pale Welsh gold, reputedly buried within the village, had at its centre a fragment of emerald from the Holy Grail. The story is, of course, complete baloney.

But the association with the Holy Grail and the later witch persecutions of James VI mean that the village is as well known around the world as Edinburgh Castle, haggis or Loch Ness. It has been described as “the heartbeat of Scotland” and is a major tourist destination – many of whom visit the village with metal detectors, hoping to discover the elusive cross.

However, a sighting of a large, black cat by the local Church of Scotland minister sets off a chain of events that lead back twenty years and, although the villagers are blissfully unaware of it, to a woman’s murder. The black cat had last been sighted near the village some two decades before, and the minister’s predecessor was sure that it had triggered something evil. The villagers, of course, think otherwise.

Nothing ever happens in Holy Cross.

The first thing I am going to say is that this book is not going to be for everyone. In fact, at first, I didn’t know if it was for me either. But, then Charlie’s technical knowledge, quirky characters and odd wit pulled me in.

I adored the town of Holy Cross to the point that I was looking it up wondering if it was a real place I could visit. Not only did Charlie come up with charming characters to fill this town, he came up with a rich and insightful history for the town itself that added to the mystery of this quaint little place. Full of mythos involving the Holy Grail and witchcraft, the town had me wrapped up in its history throughout the entire novel.

All of the mishaps had me laughing out loud. Rose and Jack are adorable and authentic, and this book will have you all second guessing losing communication with your partners! The “mystery” wasn’t quite what I expected. It didn’t even really enter into the story until later in the novel. But, the character development and getting to know these wonderful folks was definitely the highlight of this novel.

PICK UP A COPY NOW! 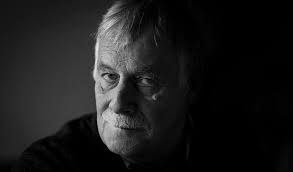 I was born in Paisley, central Scotland, which wasn’t my fault. That week, Eddie Calvert with Norrie Paramor and his Orchestra were Top of the Pops, with Oh, Mein Papa, as sung by a young German woman remembering her once-famous clown father. That gives a clue to my age, not my musical taste.

I was brought up in the west of Scotland and graduated from the University of Edinburgh. I still have the scroll, but it’s in Latin, so it could say anything.

I then worked briefly as a street actor, baby photographer, puppeteer and restaurant dogsbody before becoming a journalist. I started in Glasgow and ended up in London, covering news, features and politics. I interviewed motorbike ace Barry Sheene, Noel Edmonds threatened me with legal action and, because of a bureaucratic muddle, I was ordered out of Greece.

I then took a year to travel round the world, visiting 19 countries. Highlights included being threatened by a man with a gun in Dubai, being given an armed bodyguard by the PLO in Beirut (not the same person with a gun), and visiting Robert Louis Stevenson’s grave in Samoa. What I did for the rest of the year I can’t quite remember

Surprisingly, I was approached by a government agency to work in intelligence, which just shows how shoddy government recruitment was back then. However, it turned out to be very boring and I don’t like vodka martini.

Craving excitement and adventure, I ended up as a PR consultant, which is the fate of all journalists who haven’t won a Pulitzer Prize, and I’ve still to listen to Oh, Mein Papa.

I am married with two grown-up children and live in central Scotland. And that’s about it. 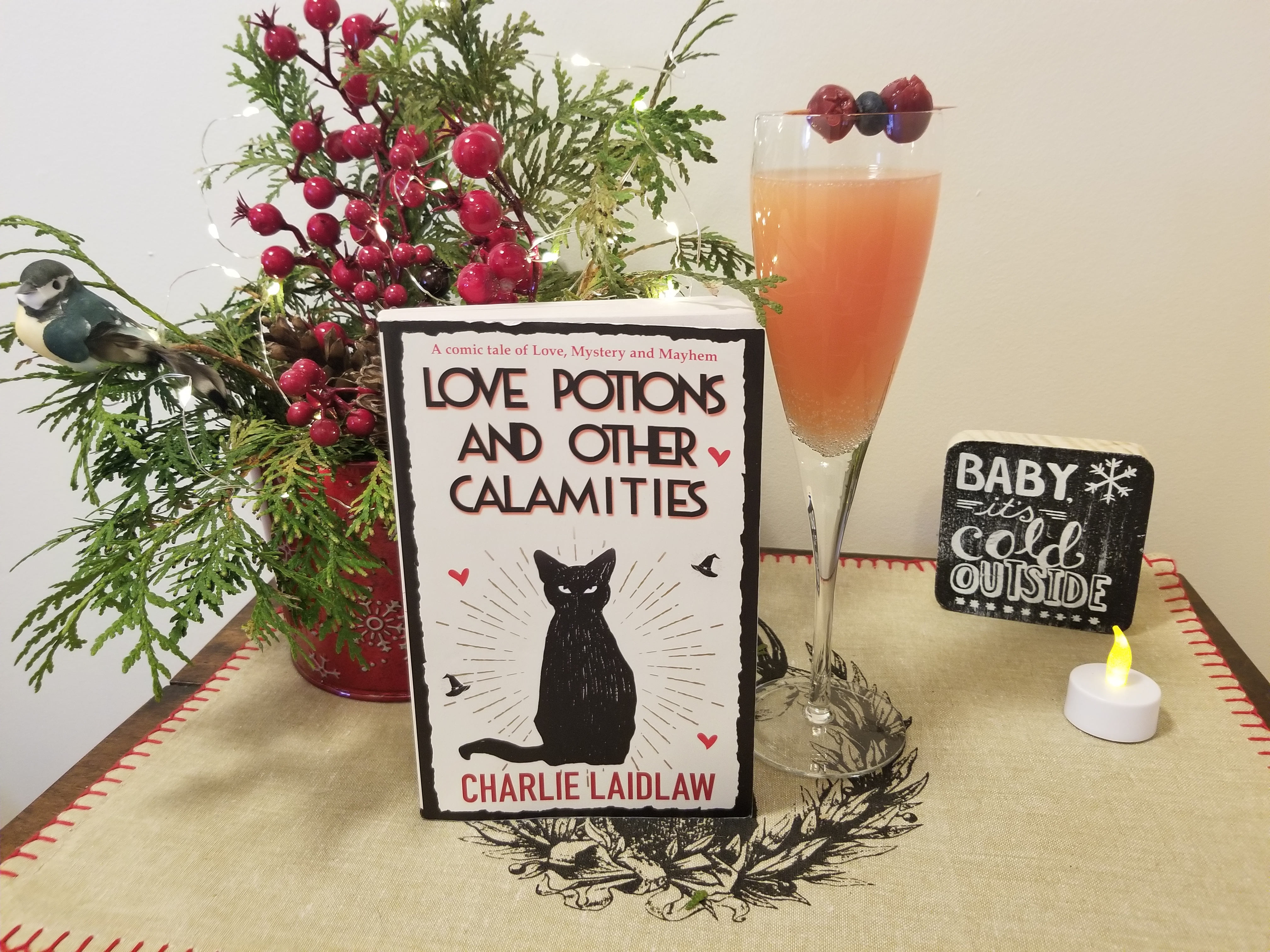 12 thoughts on “Love Potions and Other Calamities by Charlie Laidlaw”