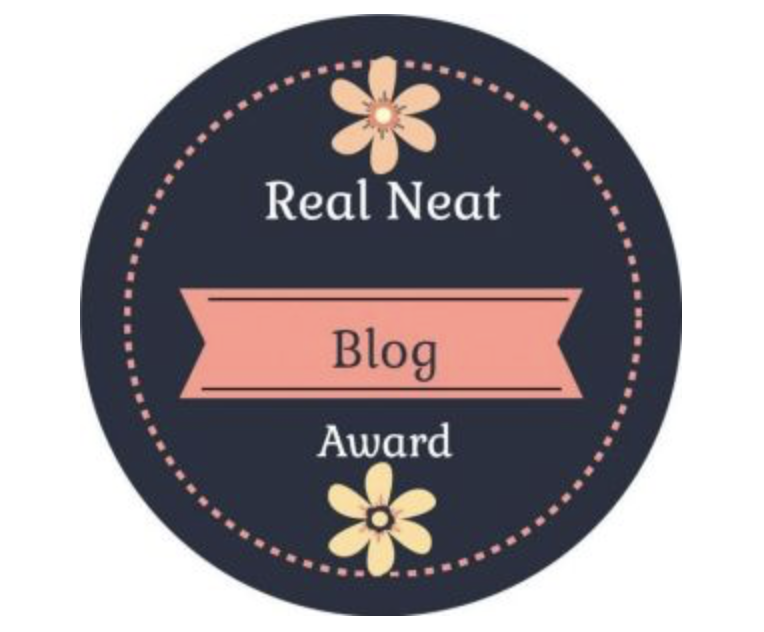 Ok…. I’m SUPER BEHIND on my Awards and Tags, So this week, among doing other things, is going to be a catch up week for all of the lovely people who nominated me because…. even though I have SO MANY OTHER things to get done I can’t wait any longer to get to these awesome tags and such!!!

I was nominated for the Real Neat Blogger Award by the lovely and talented Flo over at Flowangelic  check out her AWESOME Anime, Games, Books and Movie Reviews!! Thank you for the nomination!!!

Now, to the Rules
1. Display the award logo
2. Thank the blogger who nominated you and post a link to their blog
3. Answer the questions of the one who nominated you
4. Nominate 5-10 bloggers
5. Ask them 7 questions

You are best friends with a famous character (music, movie, cartoon, book, game, you name it!) Who is it?

George Sand (Amantine Lucile Aurore Dupin) A French novelist who paved the way for feminism before it was even THOUGHT ABOUT!! Not that I would call myself a feminist, but a woman who has the BALLS to wear pants, smoke cigars and have steamy affairs is ok in my books! And who DOESN’T want to know how Frederic Chopin was in the sack??

You have been blessed with transfiguration! What animal can you transform into?

It would have to be a cat…. everyone says that I already AM a cat.. I just need the rest of the transformation. Also, the ability to quit my job and nap and play all day….

If there was only one season, which season would you prefer it to always be?

Fall. I love the leaves, I love the smell, I love that it’s kind of crisp so you may have to put a jacket on, but not bundle up, it gets dark a little early, but perfect time for camp fires and hot tubs…. Definitely Fall.

If you could learn 2 languages, one still used today and one dead. What would they be? (Had to steal this question it was too good).

Hmm… That would be really hard.. I’m going to say Japanese …or Korean for my live language… I can’t pick just one because it would be FABULOUS to watch mt anime and Korean drama’s and be able to leave the room for a snack or a pee and still know EXACTLY hat’s going on! (Lol! Don’t you LOVE my reasoning??) And a dead language?? Probably Ancient Egyptian or Old Norse, because… why not?? They just LOOK really cool!!

You are stuck on a deserted island, there are two boxes put you can only open one! In the first box; there is a phone with an hour worth of internet on it and a map of the island. The 2nd box; a complete survival kit. A lighter, a rope, some seeds, a sleeping bag, a knife, a fishing rod, medicin and a few rations. Which box do you choose?

The 2nd box ALL THE WAY!! I am not a technological girl…. I’m surprised I’ve made it this far, and I know what I’m doing! I would die with that phone. Give me the survival gear and I will feel more comfortable and find my way home!

You can only eat one type of cuisine for the rest of your life, what would it be?

Mexican. There are so many fresh, sweet, salty, components. I think I would be happy!

What is your opinion on a plant based diet?

Well, as I was a vegetarian for 14 years. I think I’m ok with it. I branched out because I wanted to try new and interesting things.. The first things that I tried were Alligator and Kangaroo. Lol! I don’t DO normal!!

Now for my Nominations!!

2. Chloe at The Spooky Red Head

3. Thought For Change at The Rendezvous Club

4. Aj at A Petite Slice of Life

Don’t worry if you don’t have the time or inclination to answer!! And anyone else who wants to answer these CONSIDER YOURSELF NOMINATED! Because you are ALL Real Neat Bloggers!!!

1. What are your favourite songs from your teenage years that you still rock out to when nobody else is listening?

2. What’s the worst thing you ever did as a kid — and got away with?

3.  If you had to choose between these animals for a house pet, which would you choose? An Alligator, A Giraffe and an Elephant? And why?

5. What’s your best idea for a reality TV show?

6. What’s something about you that people would be surprised to know?