Thank you to Rockstar Book Tours for having me on the tour today!

*WARNING! This review will contain explicit language and sexual scenes*

Bobbie Flemming was having one of those terrible, no good kind of days.

Her boss yelled at her because of something a co-worker did, her sometimes boyfriend was getting engaged to another woman, and she wore two different shoes to work. To make matters worse, she agreed to be in a charitable “most eligible” auction for her friend Chuck, who won’t speak to her if she doesn’t show up.

Bobbie doesn’t feel most eligible, and she definitely doesn’t feel like going on a date with someone so desperate they have to win her in an auction. But when two of the hottest men on the planet, who happen to be twins, show up and outbid everyone, Bobbie thinks she’s won the lottery. Until the one in charge opens his mouth and she realizes he’s bat sh*t crazy.

Now, Bobbie’s being whisked off, without her consent, to the middle of Central Park — and what is that — a spaceship?

This was how Bobbie finds herself stranded on an alien planet, with not two, but four incarnations of the same man. (They do that on their planet, it’s like their thing.) And all four of these hot alien males think Bobbie is their fated charge mate. All Bobbie knows is she didn’t sign up for this. Sure, the sex might be awesome, and the guys might be super-hot, but what does it take to get back to Earth where everything is normal, and there aren’t Emperors who want to kill her?

Ahhh… reverse harem, my old friend…. Well, I didn’t go into this book expecting Erotica, but… Sexy Sunday arrived a little early this month… And on a Monday!

Bobbie is a strong willed, independant woman who had me liking her with the first lines of the book,

“Bobbie Fleming knew that today was destined to be one of those terrible, no good kind of days. It was going to be one of those days reminiscent of a quirky women’s fiction novel, but without the slow progression to self-realization and the eventual sticky-sweet happily-ever-after at the end.”

She could be a little confusing at times going from SUPER positive,

“Bobbie often told herself things like this to reaffirm her positive nature. Positive people brought positive things into their lives. Positive thinking, positive life was her motto.”

To SUPER negative, within the space of a couple of paragraphs,

“She could honestly say her life was firmly planted in the Hot Mess category of the utter failure index. She could be the poster girl for failed basic single girl in action. And she was not being a Drama Queen. She was definitely not a fucking Drama Queen. She’s a realist. And the reality of her situation was that she was a walking, talking, waste of a life at the present moment. Things might change one day, but at the rate she was going—she wasn’t going to hold her breath.”

Bobbie also had the tendency to talk about how proud she was of her body and her curves. She was not a skinny girl, she was a real woman with tits and ass, and that made me like her all the more… Until in the very next chapter she would be insecure and trying to get one (or all) of “Roc” to tell her she was beautiful… I wish her character were a LITTLE more consistent.

Then there was the sex…. There is A LOT of sex. When you are the “charge mate” of an alien prince who is “split” into 4 bodies?? Well, Bobbie had A LOT of satisfying to do!

I was also surprised at the language in the book. I don’t know why, but I always imagine erotica written by females to be a bit more flowery and descriptive with their language… Maybe that’s wrong of me. But, I defintitely wasn’t expecting,

“”Suck me hard,” he said and drove into her mouth. She eagerly swallowed his cock, sucking on it with a frenetic need as it went deeper and deeper into her mouth. He gripped her firmly by the hair and pushed deeper down her throat as his dick relentlessly pounded into her pussy. From the front and the rear, he took her until her whole being centered on his dick. The spectacular cock that pumped into her pussy and the cock that fucked her mouth. She lost herself in sensation.”

.. And didn’t any of you wonder about the logistics of one woman having sex with four men at one time??

“It would be quite a sight. Who would enter you here?” His fingers dipped between her legs again. “Roc, maybe. You could ride him. And I would be behind you. Have you been entered here before?” His hand came around her, fondling her ass, sliding a finger through the crack to nestle against the tight hole. “Never,” her voice wavered. “Perfect, I will be the first to enter you there. And as we filled you, to the brim, who would you take in your mouth? You like to swallow deep, right?”“Two, I would take him in my mouth,” she said on an exhalation of breath. “You would swallow him while Three suckled your breasts and you pleasured him with your hand. You would be filled in every orifice. Complete . Whole.”

Well wonder no more! Because you can get the full break down here!!

Will Bobbie find love with all four men? Will she become the Empress they want her to be??… Only one way to find out! Get the book and start reading, now! (just make sure you have a cold shower handy! 😉)

Check out the Trailer HERE!

Pick up your copy Now on Amazon!

Or Enter our Giveaway to possibly win a $10 Amazon Gift Card to get a copy!!

Gillian Zane is an Amazon bestselling author that specializes in dark genre fiction for adults. Gillian defines herself by the city she was raised in, New Orleans. She’s tried moving away a few times but always comes back. At the age of ten, she decided she would be a writer and has been determined ever since. Between that decision and when she actually finished a book that she believed was good enough to publish, she’s served in the military, worked as a bartender, became a cog in the corporate marketing wheel as a person “that makes things pretty” and has since been laid off too many times to count. She currently writes full-time, but still, continues to “make things pretty” by designing book covers and websites for her fellow authors and bloggers. Gillian lives in New Orleans with her husband, her daughter, and a fat cat named Sushi. A prepper at heart, she also recently added chickens to the mix in her efforts to progress toward self-sufficiency.

Sign up for her newsletter to be the first to learn about new releases and sneak peeks: http://eepurl.com/bmCzWf 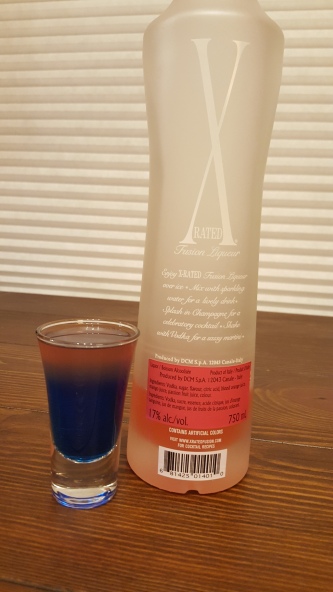