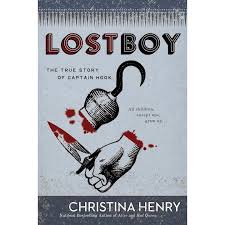 Peter is luring boys to come with him who don’t have mothers… or so they are told. This is the story of the boy James who was taken first to be Peters favourite.

“If you come with me we’ll go to my island. It’s a special place, only for boys like you and me. And there you can run and play and no one will ever hit you and you’ll never, never grow up.

“How can you never grow up?”

“The island is magic,” he said, and he smiled. “And I live all alone there, and I want you to come there and play with me and be my friend for always.”

and how James began to take care of the other boys when he realized that something had to be done… you can’t be a boy forever, and every baby duckling needs a mother.

“The mother duckling stood at the shore of the pond, weeping and weeping for her little lost one. Her tears were so great and so many that the waters of the pond rose and flooded around her feet and ankles, and she sank deep into the mud there until the water covered her to her knees. On and on she wept, for she knew it was all her fault for letting her little boy get lost in the first place. After a very long time her tears ran dry, but by then her legs had turned into stems and her yello hair into the petals of a flower, and so she stands there until this day, crouched over the crocodile pond, hoping forever to see the face of her little duckling again. And sometimes, if you go to the crocodile pond late at night, you can hear her voice on the wind, crying his name.”

When James begins to feel that maybe Peter isn’t the wonderful fun loving boy that everyone thinks he is… that maybe there is something dark and narcissistic about him, that is exactly what happens. James begins to grow up as he watches HIS Lost Boys around him die in Peter’s twisted games.

“When he’d smiled at me and told me we would have adventures, I thought we would be friends always, that it would just be Peter and me, like brothers. But now I saw-and it was so strange that after all this time I finally did see- that I wasn’t enough for him, had never been enough.”

With the boys dying all around him and Peter’s uncaring attitude is there anyone that can defeat the Pan? And is there anyone who will step up and help? And when Peter’s secrets begin to come out, will there be anyone remaining to love him?

Well, I was surprised at this book. I LOVED Alice by Christina Henry, and I will admit that I’m a HUGE sucker for all that is dark and twisted…. but, this one just didn’t do it for me!! Maybe, it was just a little too much… It is definitely twisted, and although the writing was good, it was just too much graphic destruction. I don’t mind a darker twist of Peter and his attitude (stay tuned for my FAVOURITE one in a later review!) But, maybe because I read so many so fast this one just couldn’t stand up.

I did like the Lost Boys in this one, they were written well and it really made you feel for some of them and hate others (it was a very “Lord of the Flies” feeling in this book) but if you don’t handle developing feelings for characters that may not make it through the book, and may get taken from you in very graphic ways… this may not be the book for you!

Lost Boy is Best Served with

As the book involves the pirates and mentions coconuts quite a bit, I figured this would be a good match and help me ease you all into my new drinks I learned in Cuba with my later reviews!

15 thoughts on “Lost Boy, A Dark Twist on Peter Pan”