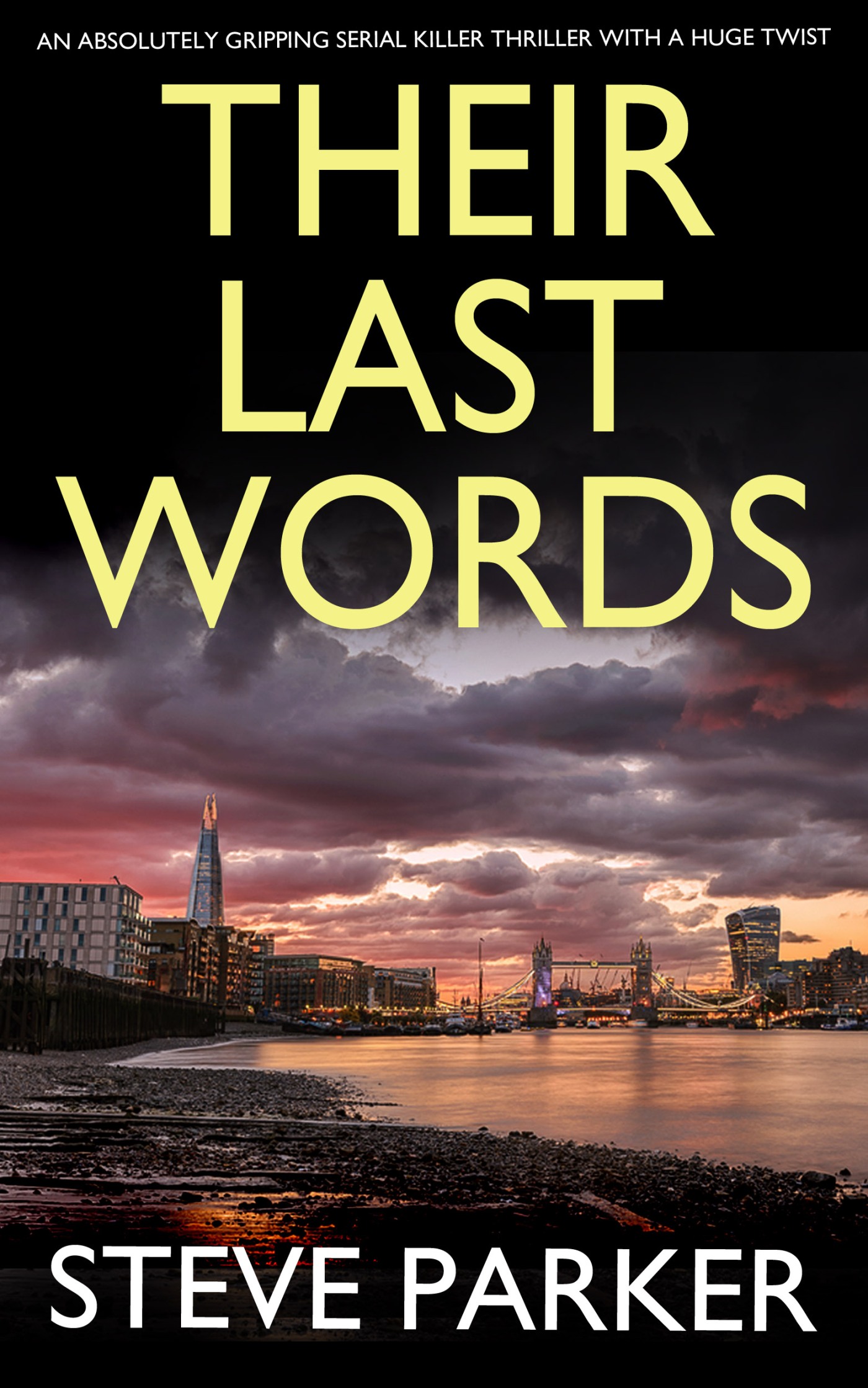 Thank you to Book n All Book Promotions and Joffe Books for allowing me a spot on this amazing tour!

Find it here on Goodreads

A VICTIM. A MUTILATED BODY. A SINGLE WORD.

A young woman is found dead on the streets of London. Her throat slashed, her body mutilated, and one word carved into her flesh: “DON’T.”

Detective Superintendent Ray Paterson is assigned to the case. Young, handsome, and from a well-off background, he’s tipped for the top. He joins a team based out of Bermondsey, South London. It’s meant to be a stepping stone to his next promotion, but this case will threaten to bring down his career and everything he thought he knew about policing.

Paterson is put in charge of the dead girl’s investigation and quickly discovers he must rely on his friend and mentor, Detective Sergeant Dave Jordan to guide him through.

THEN ANOTHER BODY IS DISCOVERED. ANOTHER WORD CUT INTO THE VICTIM’S CHEST.

The police realise they may have a depraved serial killer on their hands. The murderer is trying to send them a message carved in his victims’ bodies. But who’s the message for?

How many more must die? Detective Paterson may be the only man who can stop this vile killer . . . if he can survive long enough.

This is the first in a series of action-packed, edge-of-your-seat crime thrillers, with an ending that will have your heart in your mouth.

PLEASE NOTE THIS IS A HEAVILY REVISED EDITION OF A BOOK FIRST PUBLISHED AS “THE SKY IS CRYING.”

TWO DETECTIVES WHO HATE EVERYTHING ABOUT EACH OTHER MUST WORK TOGETHER

Detective Superintendent Ray Paterson, is a young and (thanks to family money) wealthy womaniser, separated from his model wife and tipped to be the youngest ever commissioner of police. He knows he’s weak when it comes to practical policing and struggles to find a place among his peers, desperate to be a good policeman and not just a ‘climber’.

Detective Sergeant Johnny Clocks is a foul-mouthed, working-class officer. He grew up surrounded by rogues and villains to become a first-class thief taker with the Met police. However, his childish attitude has short-circuited his career and he spends his days antagonising as many people as he can.

Detective Sergeant Dave Jordan is an old-school copper who trusts his instincts but relies on evidence. He is typical in that his marriage has broken down and he’s been unable to form a relationship since.

This book just throws you right into the thrill ride! A girl is found dead, her throat cut, her entrails pulled out and… her vagina cut out.

It’s definitely not a story for the faint of heart, almost a “Jack the Ripper” sort of story, which is exactly what I was hoping for! It’s been so long since I’ve had a good police thriller! It’s not a procedural, as there aren’t really many descriptions of the actual police work, it’s more about the officers themselves and their characters. They do, obviously, have a case that they are solving, and while authentic feeling, it’s not about all of the fingerprinting and DNA testing and long, tedious descriptions (not like I don’t love that, but, sometimes when it gets too technical I start skipping over things!)

“Until two minutes ago, Paterson had never experienced the head-splitting, gut-wrenching on-the-spot pressure of making a life or death decision. This must be what it’s like for soldiers on the battlefield, he thought. Christ, no wonder they went crackers after a while. But he had made his choice. Pullman was the target, Pullman it would be. No deviation and no loss of manpower. But supposing he was wrong?”

The story is told in a very gritty fashion, there are no holds barred and I couldn’t put it down! The pacing is fantastic and I never found myself bored. I was always flipping the pages for more thrills, or laughs!There isn’t much guessing at who the killer is as, you find out fairly early on. But, that almost makes it worse as you know, and no one else does! It’s like the horror movie where someone runs upstairs instead of out if the hourse and you’re on the outside watching and yelling “Idiot, how can you be so stupid!!”

All my U.K readers are going to laugh at me for this, but I also just loved the language. Being set in Bermondsey, which is an area of London nestled on the banks of the River Thames, I loved the slang and different words, calling the woman’s vagina her “fanny”, referring to someone as a “stroppy bitch” or one of my favourites,

“He’s a bit of an odd bod but it turns out he knows his onions.”

I know, I know… silly reason to love a book, but I found myself giggling at it as I was riveted by the actual story. It was just win/win!!

I highly recommend this book for anyone out for a thrill, a mystery and some gore!

Pick up your Copy Here!

Steve Parker is a retired police officer who served for 20 years in numerous high-profiles squads.

I was born and raised in South East London (Peckham to be precise – cushty, my son). At the ripe old age of twenty-one, I joined the Metropolitan Police where I served for twenty years before I was pensioned out with a serious back injury. I then went to work as an enforcement officer for a local authority before taking redundancy.

Thankfully, I’ve been blessed with a complete lack of DIY skills so was legitimately able to get away with swanning around the house doing bugger all, all day long. Finding myself with plenty of spare time and a deep desire to never work for anyone again, I gave myself permission to go back to writing (I’d been writing on and off for years).

When I’m not writing, I’m out taking photographs, something I’ve done since I was a nipper and will do until the day I shuffle off this mortal coil.

I live down in the windier part of East Sussex near the sea with my long-suffering wife and my ‘off-her-nut’ cockerpoo. I have two sons of whom I am so proud, I cannot begin to tell you.

Their Last Words is Best Served with

Nothing goes better with a gritty police story than whiskey,

‘C’mon, guv,’ he said. He grinned to Carr. ‘You heard what the big guv said. Fuck hanging round here like a bunch of lemons. We need to be with the skipper .’

30 thoughts on “Blog Tour- Their Last Words by Steve Parker”