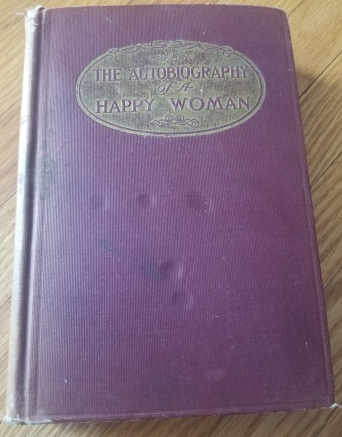 It need hardly be stated here – these are the random thoughts of a busy woman, and of a woman who is happy because she works. Woman in industry is no new phenomenon in the world. Women have been in industry since time began, since Adam delved and Eve span. Only in modern days industry has gone out of the home; and woman has followed it out. Industrious women have been in industry from creation. It is no new problem. It is an old problem projected out into the complexities of a fearfully complicated modern world.

Nor are these thoughts a series of fairy stories, of theories as to how things ought to be. They are narratives of fact, as to how things are, disguised so slightly as not to dis guise in the least, the thread of absolute truth. For disguises there are. Each chapter is a record of a segment from a life. These records could not have been given except on condition that the persons should remain anonymous.

If I didn’t believe in reincarnation before this book, I do now. I would swear that this was written by me in another life. Whoever wrote this book had such passion and insight into the suffragette movement! Now, let me get this straight, I am NOT a feminist. I think that feminism gives the women’s movement a bad name. There is wanting to be equal in our own rights, and there is wanting to be treated better on the sole merit that we are a woman while taking the job away from someone more qualified just to “create equality”

“The trouble is,” she once burst out, “these girls have been brought up expecting everything to be done for them. Their insolent selfishness repels the kind of friends they need; and when people leave them to themselves, they get peevish at life. If they had been taught to do something; noblesse oblige if you like, that we are alive to justify our being alive at all they would have learned to forget themselves.” (a known working woman)

The wonderful thing about this woman is that she DOESN’T push women to spurn men, or try to be better. This isn’t us trying to BE MEN, it’s us trying to be HAPPY. To be out in the world in which we are needed to keep the economy astride and making the best of it, not “staying within our own sphere of manufacturing babies”.

“It seems to me that is typical of the whole woman’s movement. It isn’t a rebellion, a revolt, a megalomania of individualism run riot, the morbid monstrosity of a woman trying to be a man, to grow side-whiskers and wear trousers. It is a new economic arena, into which woman has been forcibly pushed by unbending necessity.”

This woman points out the distinct differences between men and women that make us great in different ways. Woman are more prone to a bookish cram. When we learn, we tend to stick to the books that we are given for our knowledge, whereas men are more prone to learn from their surroundings, to make connections that will help them in the world beyond their knowledge. I loved her observations and how true they were in our time as much as in hers,

“The educational process was one constant run of fads, ignoring the fact that the aim of education is to prepare for living.”

The thing that depressed me the most about this book were the thoughts this woman has for the future, and the fact that in, over a century, we have STILL not achieved them. Such simple concepts that have been in the thoughts of people for that long…. and, still we can’t figure out how to make them work??

“I lay in the dark trying to think what to do! Think how many hundreds of thousands of young girl wage-earners have lain in a deeper dark with no way out, trying to think what to do! Will no great strong organization of women ever arise to shield and protect and defend such as these; where the arm of the big sister, the rich and strong and the capable will be round the poorest and the meanest and the most helpless of all the world’s little sisters?”

“Do you think the day will ever come when women are not bartered chattels in marriage; when there is no unwanted child; when children will be conceived not in sin but love; and will be born not in travail but in joy?”

You would think that in 116 years or so, we could figure our shit out…. good job, humanity. For a book that I stumbled across at a Thrift Store, it’s amazing the small things that can change your life.

I highly recommend this book to everyone. Literally. I feel that it is something everyone to read to hear the truth of the past, and the folly of our present. It really made me think.. and, I think now is a really good time for everyone to be thinking! 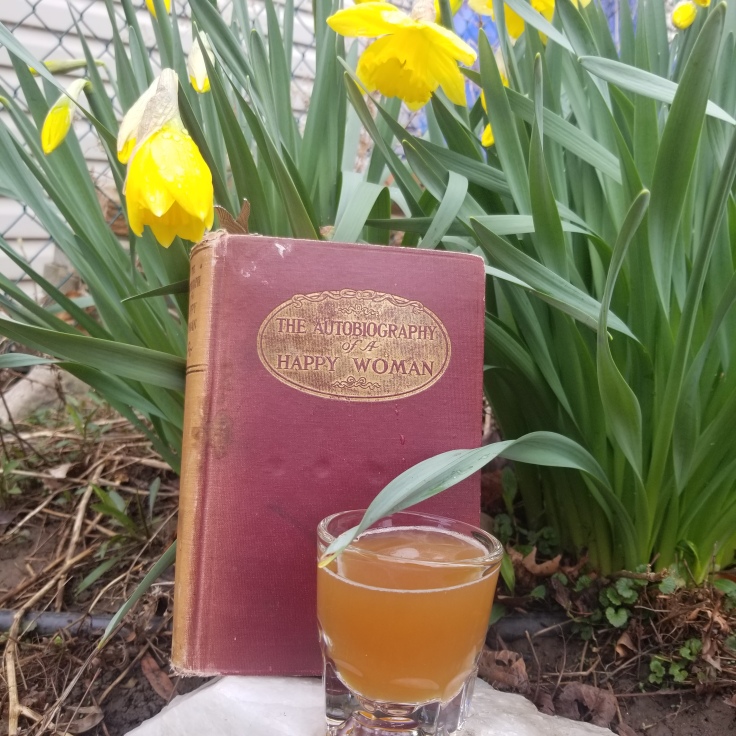 Full disclosure, I didn’t use the egg white in this drink… eggs are a hot commodity, and frankly, I don’t like egg whites in my cocktails!

5 thoughts on “The Autobiography of a Happy Woman… Women’s Rights, Then and Now”