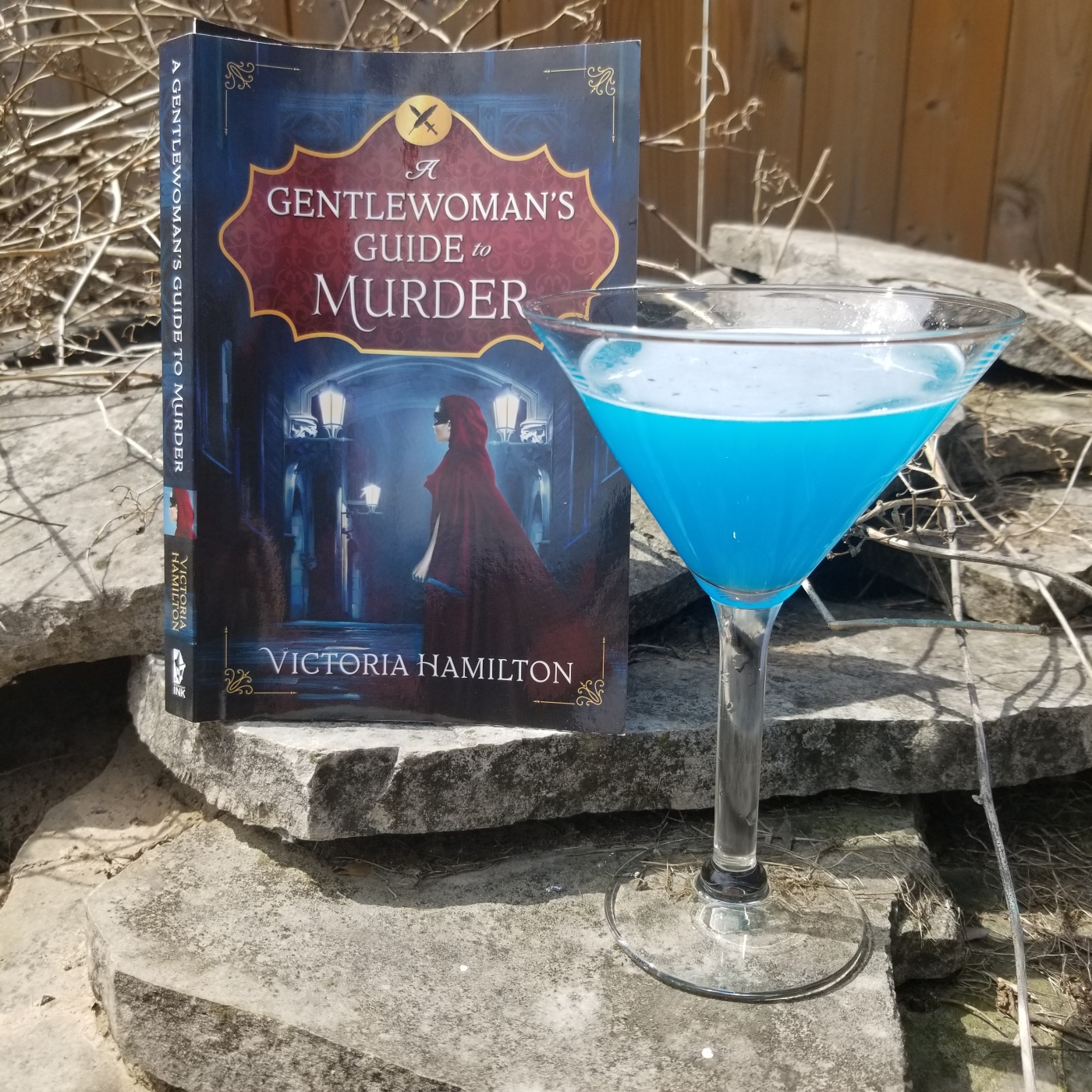 “[An] outstanding series launch. … Hamilton expertly balances the page-turning detection with the story of a hypocritical society where women, whether they are scullery maids or orphans, rarely get to make their own decisions.”—Publishers Weekly (starred review)

The shocking murder of Sir Henry Claybourne leaves Regency London shaken and horror-struck. But for genteel spinster Miss Emmeline St. Germaine, the crime slices far too close to home. Just hours before the knight’s death she held a dagger to him, threatening him to stay silent as she rescued a scullery maid he had procured for his pleasure.

Did the man—or woman—who murdered the knight know of her visit? Her secret identity at risk, her reputation and life in jeopardy, Emmeline must solve the crime or face scandalous exposure and ruination, or worse—the hangman’s noose—for a crime she did not commit.

“Hamilton’s novel will appeal to fans of Anne Perry’s Charlotte and Pitt mysteries.”—Booklist

“A simply riveting and compulsive page-turner of a read from cover to cover. A deftly scripted mystery with more twists and turns than a Coney Island roller coaster.”—Midwest Book Review

This book fell into my lap at the perfect time. My reading material has been a lot of strong women going against the social norm, and this novel was no different! So, after I got my thoughts in order on completion of the novel, I admit to peeking at other reviews to see what others may have thought of it… wow! There was a little bit of hate on for this book! I want to tell everyone now, if you have read other novels by Victoria Hamilton, please don’t expect to go into this one for more of the same. Should she have written it under a different pen name?? Possibly. It may be very misleading to go from her cozy mysteries to this one, as it is ANYTHING but cozy.

A Gentlewoman’s Guide to Murder is dark and deals with some touchy subject matter. It is a woman’s fight to help women who find themselves in horrible positions due to class and circumstance. Barely viewed as human beings, these women are in need of a vigilante or an “avengeress”. When someone is murdered in just such a rescue, the fingers  start pointing, and it’s up to Emmeline to figure out where that finger belongs.

Emmeline is a strong and independent woman trying to get out from under the thumb of her older brother to live her own life,

“No man on earth knows what it is like for a woman, how it feels to be chastened, reprimanded, to always bite our tongue and mind our manners, curbing ourselves, changing every natural mannerism in case it offends the men who have us in their thrall. Even men who must obey a master… At least in their own home they exert their will and have the final say.”

Her character could get a little over the top. While I enjoyed the fact that she had that female rebellion in her, she didn’t have to automatically condemn EVERY man. Especially those trying to help her. Obviously she has her reasons after being taken advantage of in the past. So, it’s hard to be TOO judgmental.  But, I enjoyed Gillies, the faithful servant. She was just the right amount of loyalty, rebellion, pain and motherly instinct…. plus, she was Scottish. Always a plus in my books.

I feel that if you can get passed the sensitive subject matter, it’s a very well written mystery with some twists and well written characters!

PICK UP YOUR COPY NOW!

Victoria Hamilton is the bestselling author of several mystery series including the national bestselling Vintage Kitchen Mysteries and Merry Muffin Mysteries. She does, indeed, collect vintage kitchenware and bake muffins. She drinks tea and coffee on writing days, and wine other times. It doesn’t do to confuse days. A solitary being, she can be coaxed out of her writing cave for brownies and cat videos.

She started her writing life as Donna Lea Simpson, bestselling author of Regency Romances, paranormal historicals and historical mysteries, and still has a soft spot for the Regency period.

In fact her latest writing adventure is the new Regency-set historical mystery series – to be published by Midnight Ink – beginning in February 2019 with A Gentlewoman’s Guide to Murder, featuring Miss Emmeline St. Germaine, a young lady who dares to defy society. She will fight for her right to live her own life, despite the dangers that presents. She has a dagger, and she’s not afraid to use it.

If you Google ‘Victoria Hamilton’, you will find listed first a famous actress who starred as the Queen Mother in the Crown and as Charlotte Brontë in ‘In Search of the Brontës’. That’s not the Victoria who writes mysteries.