Dear Best Friend,
I can already tell that I will hate everyone but you.
Sincerely,
Ava Helmer
(that brunette who won’t leave you alone)

So begins a series of texts and emails sent between two best friends, Ava and Gen, as they head off to their first semesters of college on opposite sides of the country. From first loves to weird roommates, heartbreak, self-discovery, coming out and mental health, the two of them document every wild and awkward moment to each other. But as each changes and grows into her new life, will their friendship be able to survive the distance?

I HAVE ARRIVED
Ava Helmer < AVA.HELMER@ gmail.com > to Gen
Do you remember the first day of freshman year (1.0) when I wore that weird sweater set and you spilled Diet Coke all over your white shirt, so I tried to give you my cardigan but you refused because only lame-ass bitches wear cardigans? I wish that day was happening right now instead of this one. My roommate, Jessica, is not very nice. And not in a I-have-a-rough-exterior-but-a-heart-of-gold Gen kind of way, but actually not nice. She asked me to take the left side of the room and then an hour later told me she wanted the left side. Which isn’t a big deal EXCEPT I had already cleaned the left side and started organizing all my plastic drawers. (I wish you would get plastic drawers,
they are a life changer.) Jessica is a marketing major. I feel like no other description is necessary. USC feels even bigger than when I visited. The whole campus is packed with security guards, which somehow does the opposite of making me feel safe. I tried to find all my classrooms for Monday, but I ended up in four different dining halls instead. Yes. There are four dining halls. And they all serve the same food. Maybe I should go find Meghan. I know she is boring and dumb, but at least she is a familiar boring and dumb. The one good thing about this place is everyone seems to party all the time, so it won’t be hard to find out WHERE THE PARTY AT.
A
P.S. Are you dead?
11: 16 PM EST Abort Meghan. We just spent 4 years avoiding Meghan. Go meet new people. You have great hair! ??? Just a confidence boost!
ADULTING Gen Goldman < GENX1999@ gmail.com > to Ava
I was born to be an adult. Crushing this no-rules thing. Not that my house had many rules, but I felt like your mom was always watching. (What’s up, Ruth! Are you still reading Ava’s emails?!) Anyway. Adult parties. I guess technically they are college parties, but more than five twenty-somethings made an appearance so I think it counts as a crossover.
Shannon took me to the baseball house in Allston, which I thought would be terrible but it’s not even a real baseball team. It’s just a bunch of guys who toss a ball around and make dinner together on Sundays. We stayed until 3 AM talking about Stop Making Sense and Spike Lee’s MJ documentary (which is basically a fluff piece). Shannon kind of sucks except as a conduit to fun. But I met this badass literature chick, Molly, who is basically me with shorter hair. We drank gin and tonics and laughed whenever boys would try to get us to “toss some balls around.” (Believe it or not, this pickup line ACTUALLY WORKED on Shannon.) Brace yourself: Molly is bisexual, but I guess almost everyone here is. She was wearing an unofficial Emerson T-shirt that said “Gay by May or Your Money Back.” I think she has a girlfriend. Or a boyfriend. “Charlie” could go either way. Just like everyone else at this school! BOOM!
G
Re: ADULTING Ava Helmer < AVA.HELMER@gmail.com > to Gen
That was a really great joke. Setup. Punch line. Are you sure you want to write actual news and not buddy comedies with me in Screenwriting 101? For such a select group of young writers, most of the kids in my elite BFA program are fucking weirdos. We had an orientation, and half of my class said The Shawshank Redemption was their favorite movie. That can’t be true, right? Some of those people probably haven’t even seen that dreadful movie. I couldn’t pick between Little Miss Sunshine and The Sapphires. But no one had heard of The Sapphires so LMS won by default. I was worried about talking too much during the introductions so now I think I talked too little. People would just think I’m shy if I didn’t have such harsh features that make me look like a bitch. Am I a bitch? Does being judgmental automatically make you a bitch? Looking forward to your thoughts and notes. A P.S. You went to a BASEBALL party? Who are you anymore?
Re: ADULTING
Gen Goldman < GENX1999@ gmail.com > to Ava
You are NOT a bitch. You just have taste. And high cheekbones. Please refer to the baddest bitch in the game for assurance: NICKI MINAJ DEFENDS HER PERSONALITY & DENIES BEING A BITCH! Re: ADULTING Ava Helmer < AVA.HELMER@ gmail.com > to Gen Oh, Nicki Minaj. Once again reminding us what it means to be a boss. 9: 42 AM PST Sitting in my first official college class. I’m the only one here. Do you think I’m in the wrong place? How early are u?
Only 15 minutes! 18 minutes!
UR in the right place. UR just a nerd.
Does no one else have panic attacks that they’re going to arrive late and ruin their lives so they overcompensate by arriving extremely early?
I’m sure someone else does. And ull prob marrythem.
I wish! Someone else showed up! I’m in the right place!
Are you sure it’s not Nick Fury about to invite you into “The Avengers”?
Couldn’t tell ya!

A touching and funny story about two best friends trying to survive at college without each other.

Genevieve and Ava have been friends forever. Never apart, until now. Going to college on opposite coasts from each other, this is a chronicle of the two of them growing up, meeting new friends and discovering their sexuality.

Genevieve, the raging outrovert trying to find her voice in her journalism and in the queer community and Ava, the introvert with more medications than friends, just looking for her first kiss. I loved the dynamic between these two. I can’t attest to whether their friendship is realistic or not, but I hope it is.

I loved how different the characters were and the challenge of trying to understand the roadblocks they were each running into, and the choices they make to jump those hurdles.

I didn’t detract from my rating for this, but to be honest, I listened to the audiobook for this one. I will warn you right now, they may have chosen two girls with the most annoying voices ever…. Listen to it if you would like, but I will show you who I pictured while listening to this. 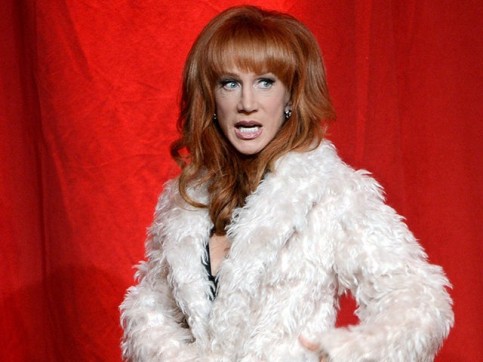 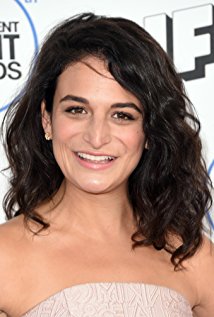 If you’ve ever heard either of their voices…. you know what I’m talking about. So, read the book.

I Hate Everyone But You is Best Served with

Okay, so Beer Pong is NOT a cocktail…. I know. But, reading about these girls being in College, going to parties and joining sororities, I got nostalgic! Ha ha.

So, first things first, this post is coming out LATE! I will say right now PEOPLE OVER 30 SHOULDN’T PLAY BEER PONG!! We were all in our 30s and 40s and…. Well, I WAS planning on getting this post ready last night to go out at my normal 6am post time. Needless to say that didn’t happen.

Here was a chronicle of my night….

It started with a fire.

Then, I informed everyone that we had to play beer pong for my post. Our friend, asking the logical question “where will we play?”

“On an existing table or surface in the house!”

MY MAN AND HIS FRIEND’S ANSWER

Have I ever shown you a picture of my man??

So, did I mention that we’re all old?? Well, that means that we’re also logical. We decided that it’s really gross to have a ping pong ball bouncing around the garage and the drinking a beer that it landed in. (RIGHT??) So, we filled the cups with a small amount of water and if we got a ball in the cup we had to take a shot. (hurrah for Black Velvet! Only the best for us! HA HA!) 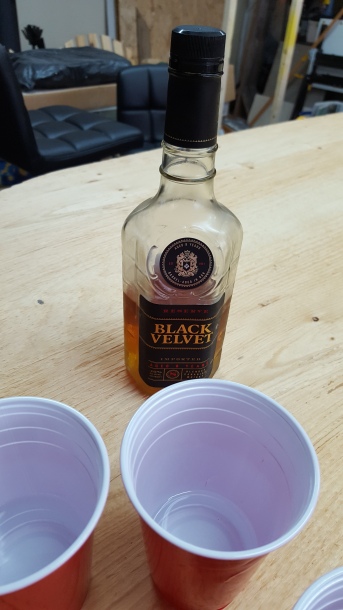 Anyways, it’s a long weekend for us this coming weekend, so I thought this would be a good way to get psyched for it!

Remember the rules if you decide to play!

1 bounce or straight in. The ball can’t bounce more than once!

30 thoughts on “I Hate Everyone but You”