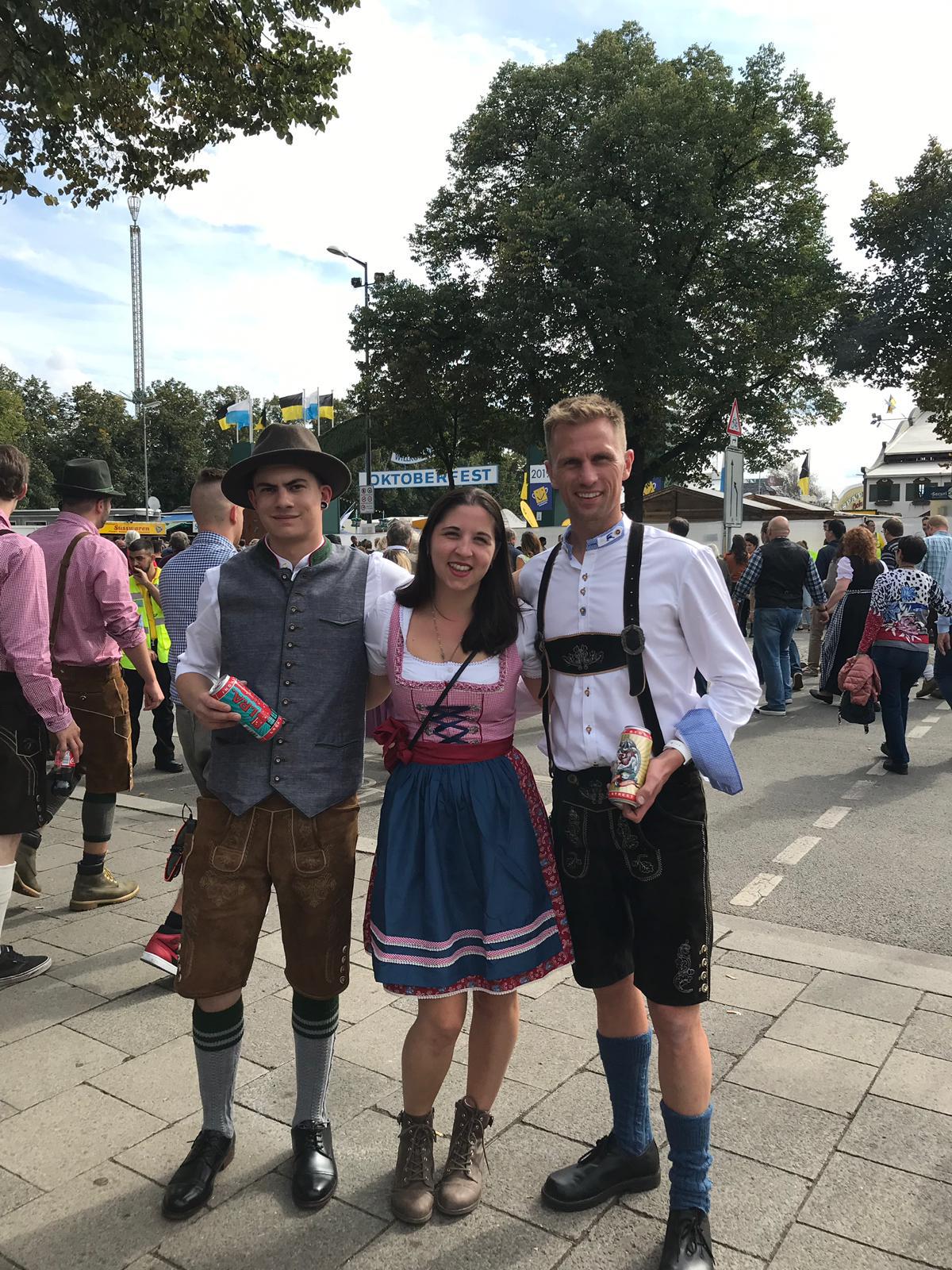 In case you missed my prior posts on my trip to Munich, feel free to check them out!!

First, the Dirndl. Now, I’m not a shopper. I shop like a man. Go in, get your size (already planned out), never try anything on, and worry about it later. DONE. Well, there are so many rules as to how you should purchase and wear a Dirndl!

The first look! Thankfully, the girls in these shops are SO GOOD!!! There are so many choices of colour, you choose your own blouse to go with it (again. SO MANY CHOICES!!!), you need to pick your apron to go with it, then you need to choose your accent ribbon to lace the whole thing up!!! I was already exhausted just thinking about it!!

But, as I said, my hatred of shopping kicked in and I went and grabbed a Dirndl I’d already been eyeing, 2 blouses (only because my boss made me grab a 2nd…. I knew mine would be the one), and my ribbon. About 20 mins later we were out of there!!! WHO DOESN’T LOVE SHOPPING LIKE THAT?! Apparently, I’m the only woman he’s ever known who shops like that…. I had to explain AGAIN that I’ve never been the womanly type!!

So, we got ourselves together, and off we went!!

Well, fist thing I’ll say is that not only did the management of Lock Street Brewing Company get to go to Germany, the beer itself got to make an appearance!! 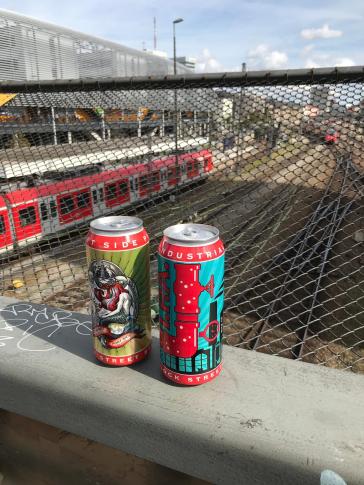 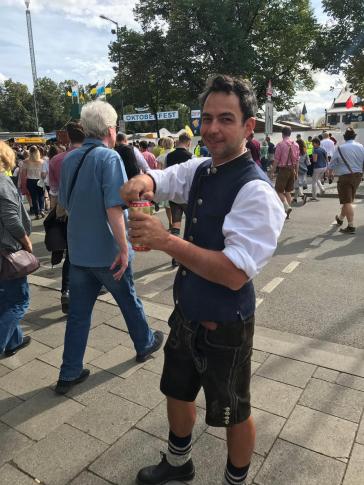 First of all… the park is HUGE!!! I can’t believe that they build this every year! THAT’S RIGHT! After 3 weeks of celebrating, they rip it all down only to start building it all back up again a few months later!! THAT’S German efficiency! 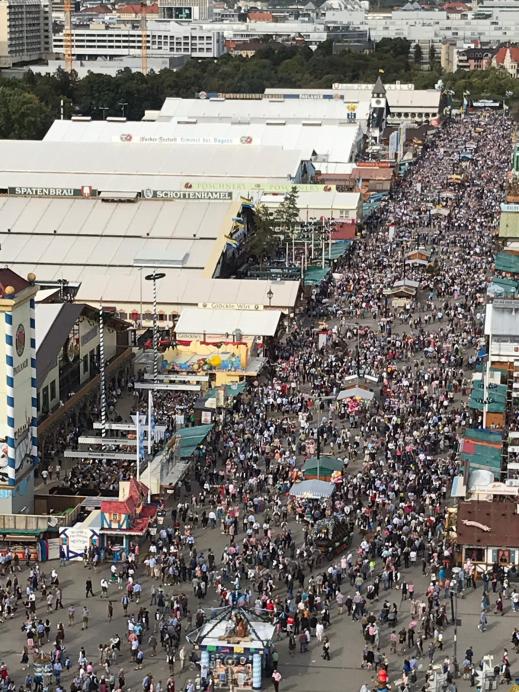 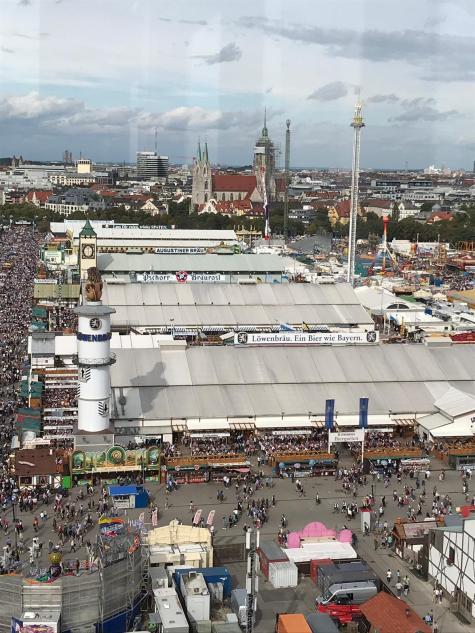 Keep in mind, these pictures were taken at about 2pm. By 5pm they had to close the entrance to the park because there were too many people inside….. the park can hold more than 500,000 people, AND THEY HAD TO CLOSE IT BECAUSE IT WAS TOO FULL!!

Each “tent”, where the actual celebration is held, is it’s own building and they’re each sponsored by a different BrauHaus. We were in the Schottenhamel Spattenbrau tent! 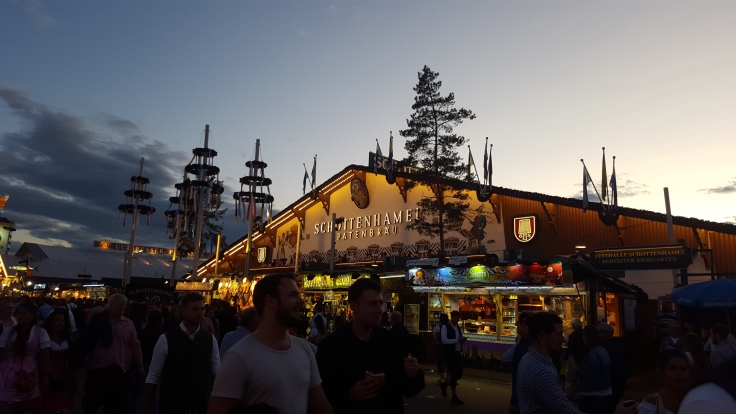 And inside, prepare to spend most of your night standing on a bench drinking way too many litres of beer!! 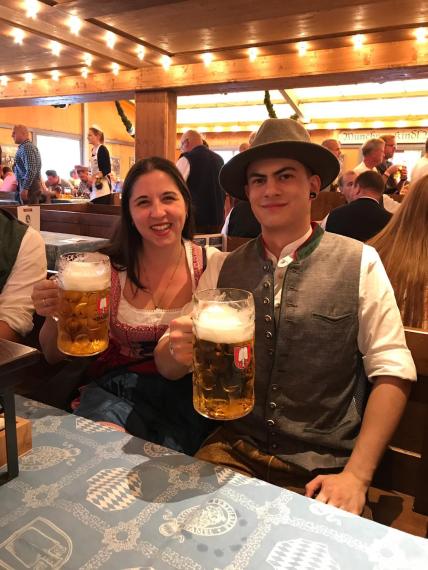 And, singing a certain song every 15-20 mins that (wonder of wonders) is a toasting song!

But, the most IMPORTANT thing, is I GOT TO RIDE THE ROLLER COASTER!!!! As a ride warrior who is trying to ride every roller coaster in the world, this was a big one to check off the list since it only exists for 3 weeks of the year!!

It was an amazing experience that I’ll always treasure. (The whole trip. Not just the Roller Coaster. Ha ha!) So, after all that, there’s only one thing left to say…….

10 thoughts on “Memories of Munchen: Part 3- The BookWorm Drinketh Does Oktoberfest!”