When Kellan Ayrwick, a thirty-two-year-old single father, is forced to return home for his father’s retirement from Braxton College, he finds the dead body of a professor in Diamond Hall’s stairwell. Unfortunately, Kellan has a connection to the victim, and so do several members of his family. Could one of them be guilty of murder? Then he finds a second body after discovering mysterious donations to the college’s athletic program, a nasty blog denouncing his father, and a criminal attempting to change student grades so the star baseball pitcher isn’t expelled.

Someone is playing games on campus, but none of the facts add up. With the help of his eccentric and trouble-making nana weeding through the clues, Kellan tries to stay out of the sheriff’s way. Fate has other plans. Kellan is close to discovering the killer’s identity just as someone he loves is put in grave danger of becoming victim number three. And if that’s not enough to wreak havoc on his family, everything comes crashing to a halt when his own past comes spiraling back to change his life forever.

In this debut novel in the Braxton Campus Mystery Series, readers discover a cozy, secluded Pennsylvania village full of quirky, sarcastic, and nosy residents. Among the daily workings of Braxton College and the charming Ayrwick family, Kellan weighs his investigative talents against an opportunity to achieve a much sought-after dream. When this first book ends, the drama is set for the next adventure in Kellan’s future… and it’s one you won’t want to miss.

I can’t WAIT to start the second book in the Braxton Campus Mysteries!! It seems like a nice cozy style mystery, and then WHAM! THAT ENDING!! Here I was so shamefaced it had taken me SO LONG to read this one, now I’m GLAD that I waited, otherwise I would have been banging on Jay’s door saying “is the next one done yet?…… What about now?….. Ok, what about NOW??”

Well, now my thoughts on the BOOK as opposed to the ending. I loved the mystery! It kept me guessing to the very end. The characters were fantastic! I liked how Kellan would sometimes break the 4th wall and almost make comments to the readers,

“For the most part, I’m an honest and direct guy. Ask Eleanor.”

I know you’re all probably so sick of hearing about Nana D. But… NANA D!! She is absolutely my hero!

“No, Nana D. I don’t have any gossip. It’s your turn to share,”I said in a stern voice. I had to be pushy with her otherwise she’d cross the line every time. “What’s that? Sorry, the connection is fuzzy,”she replied. I distinctly heard her making static sounds. I knew it was her because she stopped to hack up what sounded like a furball in the middle of it.”

I was also a huge fan of Kellan’s psychic sister Eleanor! I really hope that I get to know her a little more in the next book.

Weirdly enough though, my other favourite character was the somewhat crotchety and sarcastic Sheriff April Mantague! She made me laugh and reminded me of my own brand of biting sarcasm!

“I wouldn’t trust you if you were the last person on the planet, and I needed your help to survive. I’d rather let the zombies eat my flesh alive than turn to you.”

My only qualm (and I won’t take marks off for it, as I know this is the first book of a series and everything can’t be tied up and explained) was the fact that some of the characters (Kellan included!) were a little vague. I know that more will be revealed about them, and they’ll probably have more of a role in the future, but Kellan’s daughter Emma, Maggie, and even Eleanor didn’t really seem to have a place in the story… They could possibly have been written out entirely and I don’t think it would have made much of a difference to this story. But, notice how I say THIS story! I sense big things to come!!

Speaking of Maggie, I also wasn’t a fan of this weird kind of 4-way romance happening… It’s a little strange… But, who doesn’t like a little romance, right??

All in all a great read that really got me out of a 2 month debilitating reading slump!!

Pick up you Copy Now!! 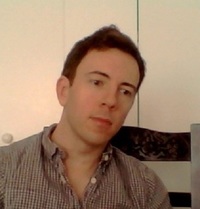 James is my given name; most call me Jay. I grew up on Long Island and currently live in New York City, but I’ve traveled all across the US (and various parts of the world). After college, I spent 15 years working in technology and business operations in the sports, entertainment and media industries. Although I enjoyed my job, I left in 2016 to focus on my passion: telling stories and connecting people through words. I tend to write in the contemporary fiction and family drama genre with elements of mystery, suspense, humor and romance. To see samples or receive news from my current and upcoming books, please subscribe with your email address at my website: https://jamesjcudney.com

Academic Curveball is Best Served with a Cherry Pie Cocktail

So, for any of you who have already read this book, you’ll know why I thought pairing this cocktail was so hilarious! For those of you who haven’t…. YOU’D BETTER READ IT AND FIND OUT!